Oscars: I was out of line for slapping Chris Rock – Will Smith apologizes

Will Smith has apologized for slapping comedian, Chris Rock during the Oscars on Sunday.

Smith also apologized to the hosts of the award show, the Academy of Motion Picture Arts and Sciences, as well as the attendees, the audience that watched the incident live on television, and the cast and crew of “King Richard,” including the Williams’ family.

Smith slapped Rock after the comedian made a joke about Smith’s wife, Jada Pinkett Smith who had been battling alopecia, an autoimmune illness that causes hair loss.

When he returned to his seat after slapping Rock on stage, Smith yelled at the comedian to “keep my wife’s name out of you’re f***ing mouth.”

According to Smith in the apology post, he is a work in progress, adding that “there is no place for violence in a world of love and kindness.”

Smith’s apology post read “I would like to publicly apologize to you, Chris. I was out of line and I was wrong. I am embarrassed and my actions were not indicative of the man I want to be. There is no place for violence in a world of love and kindness.

“Jokes at my expense are a part of the job, but a joke about Jada’s medical condition was too much for me to bear and I reacted emotionally.”

Meanwhile, actions of Smith have been condemned by the Academy, stressing that the incident would be reviewed officially and that it will as well explore further action and consequences. 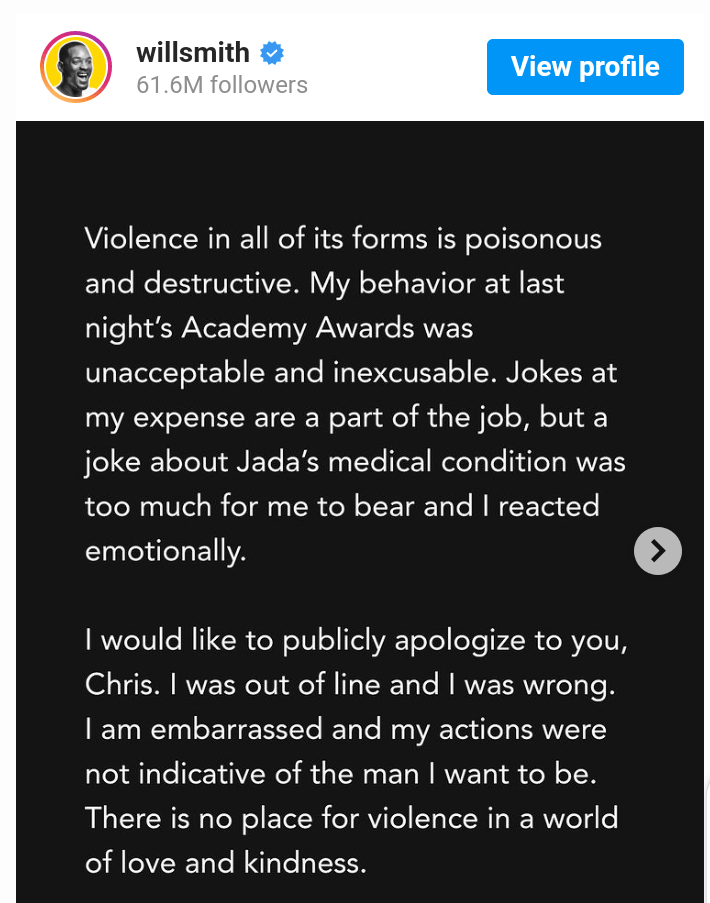 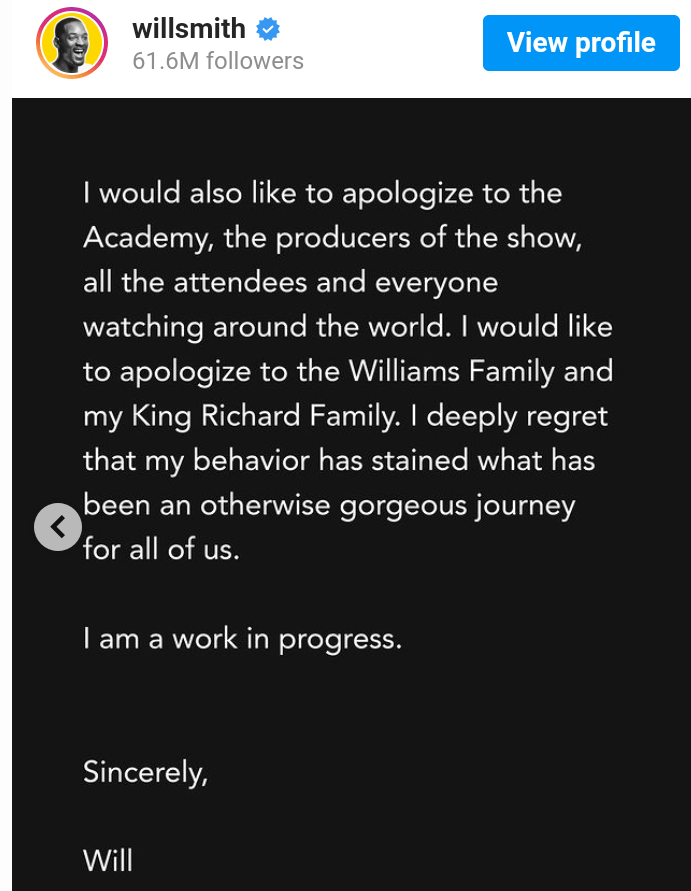