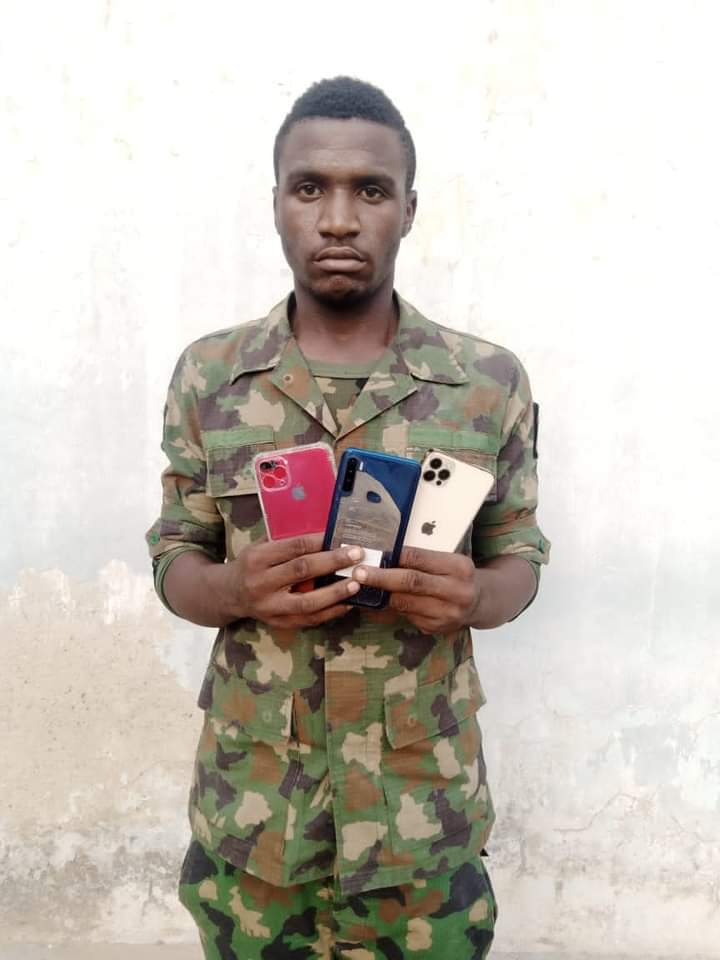 The Police in Kano State have arrested two fake soldiers over alleged extortion of money and other valuables from individuals within the Sabon Gari Area of Kano State.

Police spokesman, SP Abdullahi Haruna Kiyawa disclosed this in a statement issued to THE PRESS.

He said their arrest followed a report that the syndicate used to parade themselves as soldiers, robbed and extorted money from people within the Sabon Gari Area of Kano State.

According to him, “one Joseph Ifeanyi Usalo of Kofar Ruwa Market Kano complained that one Miracle Nnamoko, and one other dressed in Military Camouflage, went to his shop, intimidated and forced him to transfer the sum of fifty-five thousand Naira to two different accounts.

Kiyawa said the suspects were arrested based on continuous intelligence and surveillance operations in the area.

The first suspect mentioned one Chidera Anune as one of his accomplices.

“Two iPhone mobile handsets and an Infinix mobile phone suspected to be robbed were discovered in their possession.

“They also confessed to the crime and confessed that they are neither military officers nor any security personnel.

“The suspects will be charged to court upon completion of the investigation,” he stated.