The Governor of Ekiti State, Kayode Fayemi, has revealed why he stepped down from the 2023 presidential race and threw his weight behind the National Leader of the All Progressives Congress, APC, Asiwaju Bola Ahmed Tinubu.

Fayemi, in a series of tweets on Sunday evening, said he spent the weekend with Tinubu, who he described as a mentor and leader.

The Ekiti State governor was among the six presidential candidates who stepped down for Tinubu during the APC national convention held in Abuja last week.

On his reason for making such a decision, Fayemi said that “Tinubu is one person that I have worked with in the democratic struggles and was one of the wheels on which the engine of NADECO spun in the dark days of authoritarian rule. 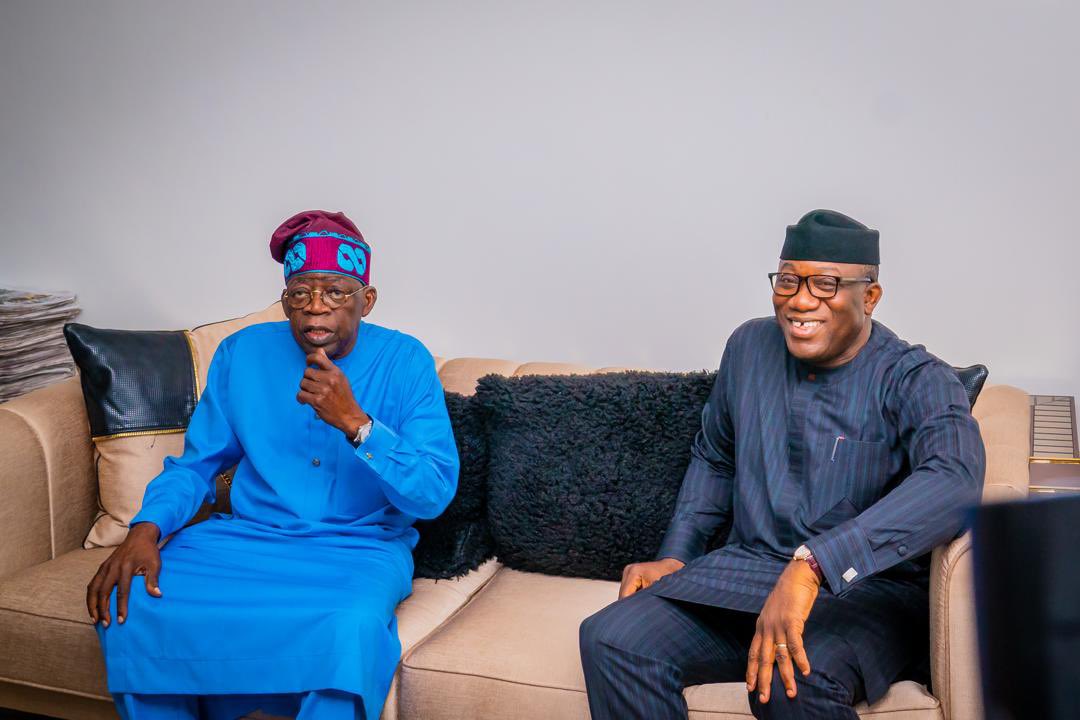 “He is tested and has more experience to steer the ship of our country from May 2023.”

Sharing photos of their meeting on Twitter, Fayemi added, “It was a real delight to spend the weekend with my leader and mentor, Asiwaju Bola Ahmed Tinubu @officialABAT who recently emerged as the Presidential Candidate of our great party, the All Progressives Congress (APC) for the 2023 general election.

“I also had the opportunity to introduce Mr @biodunaoyebanji, APC candidate in the Ekiti gubernatorial election, scheduled for June 18, 2022. 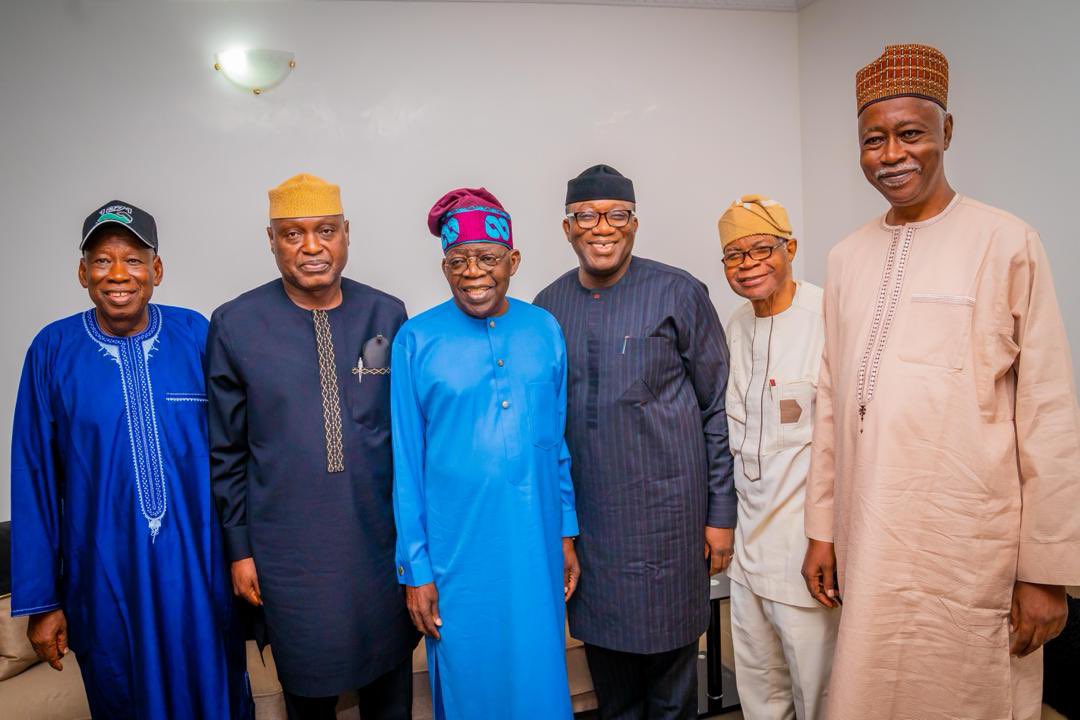 “Together, we will work towards victory and consolidation of democratic governance in our dear state and country. So help us God.”

The APC presidential primary was won by the former Governor of Lagos State. He scored 1,271 votes to defeat his closest challenger, Chibuike Amaechi, who polled 316, while Vice President, Yemi Osinbajo came third in the primaries, polling 235.

Ekiti guber: PDP has no respect for its own rules – Oni gives reason for dumping party

ABIA PDP RE-RUN: See The Three Candidates Who Were Screened In Abuja Today