New photos have been shared of proud parents Halima Cisse and Kader Arby, five months after they gave birth to a world record nine babies at the Ain Borja clinic in Casablanca, Morocco.

The stunning delivery which happened on May 5, broke the current world record set by Nadya Suleman in 2009, who gave birth to eight babies that survived . 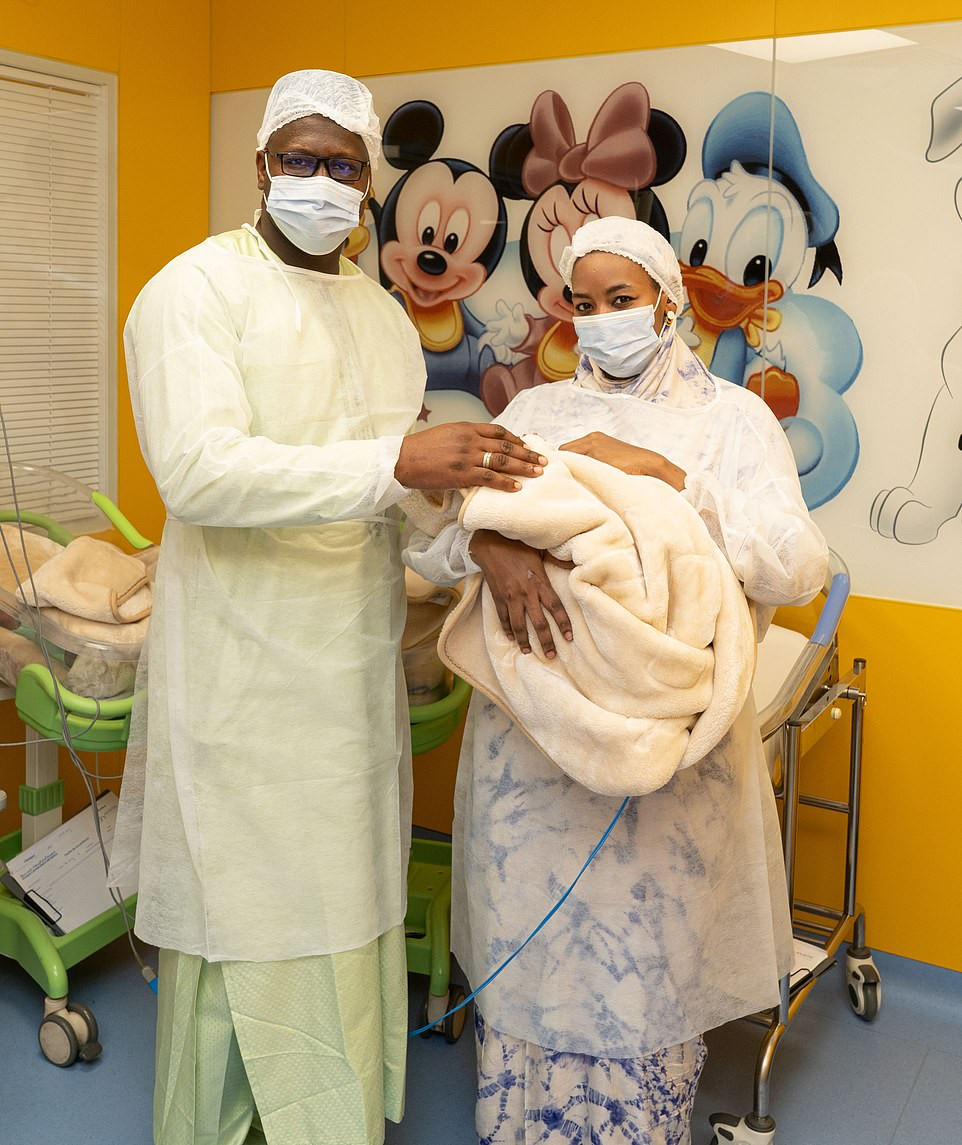 Now, five months later, Ms Cisse says the babies who were born prematurely are getting bigger and healthier and are almost ready to go home to Mali.

Speaking from hospital in Morocco, the 26-year-old said: ‘All of them are getting on very well, and are a joy to look after. They are getting stronger every day and it may well be they are allowed to leave medical care soon’

The four boys are called Mohammed, Bah, El Hadji and Oumar while the five girls are named Hawa, Adama, Fatouma, Oumou and Kadidia .

This is the first time that the the world record-breaking nine miracle babies born to the same mother are pictured all together for the first time. 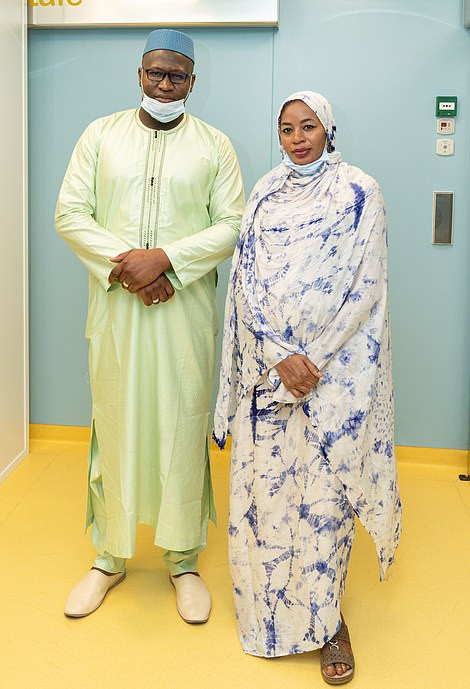 Ms Cisse’s nine kids, who were conceived naturally, each weighed between 500gm to 1kg when they were born and had to remain in incubators in the clinic’s intensive care unit where they were looked after round the clock by a team of doctors and nurses for the first few months of their lives.

‘Giving birth to one child is hard enough but having nine is unimaginable,’ said Halima. ‘It’s astonishing the amount of work that is involved in looking after them. I’m grateful to the medical team that are doing all the hard work and the Government of Mali for funding this.’ 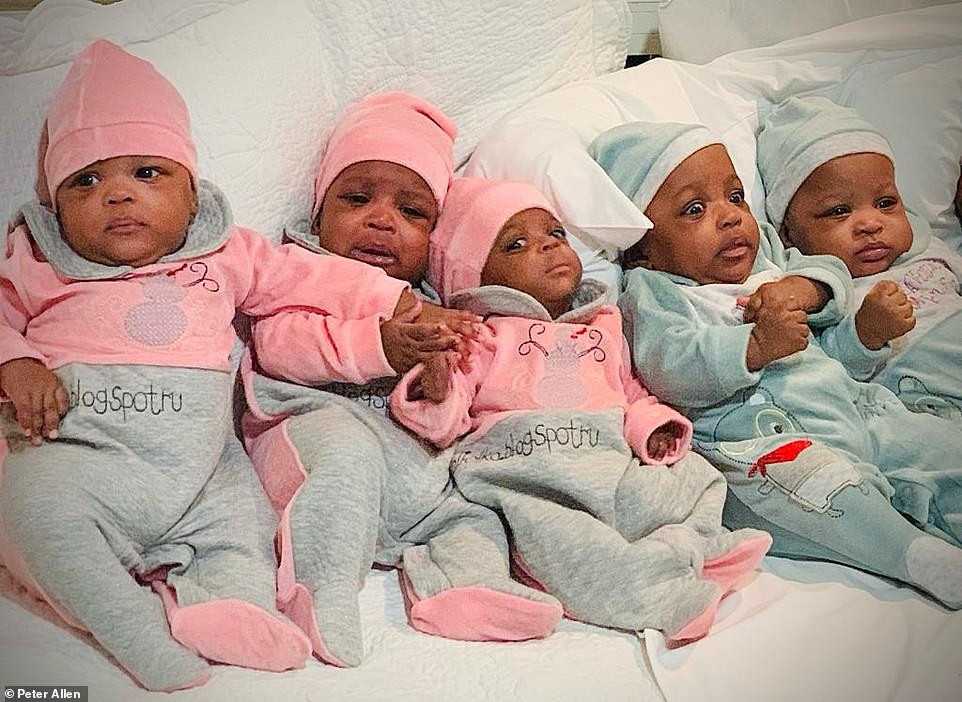 Halima gave birth by Caesarean section, accompanied by her sister, Aisha, while her husband initially stayed behind at their home in Timbuktu, Mali.

Describing the birth, Halima said: ‘As the babies were coming out, there were so many questions going through my mind. I was very aware of what was going on and it seemed as if there was an endless stream of babies coming out of me. 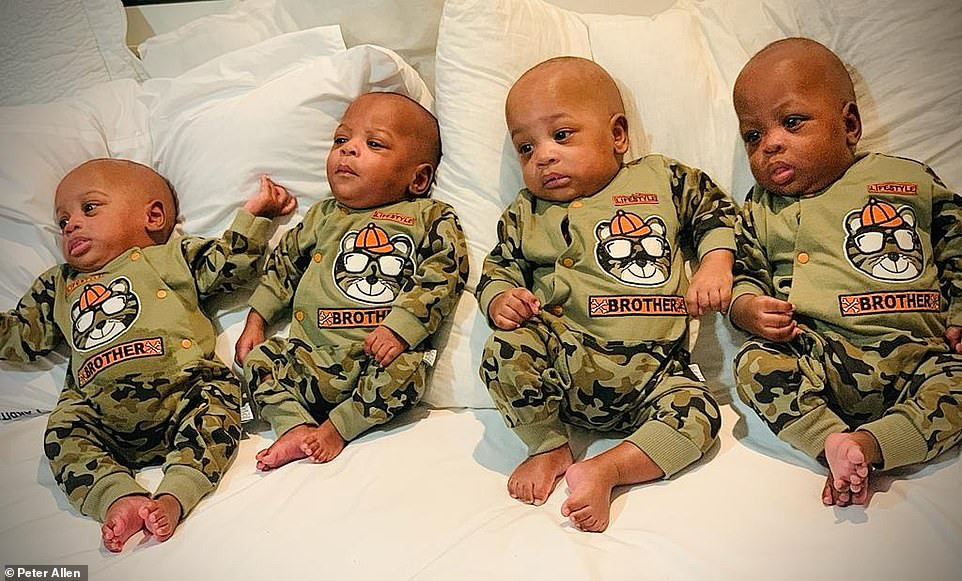 She added: ‘My sister was holding my hand but all I could think about was how would I look after them and who was going to help me?’

The care bill so far is approaching the equivalent of £1million, and most of it has been funded by the Malian government.