The Director-General of the Peter Obi Presidential Campaign Organisation, Dr. Doyin Okupe, has reacted to a photograph circulating on the social media said to be that of the son of the presidential candidate of the Labour Party, Peter Obi.

The reaction of the former presidential spokesman was contained in a series of tweets on his Twitter handle on Sunday.

The photograph shows a young, fair in complexion man wearing a t-shirt with the colour of Biafra and stepping on a Nigerian flag.

Those who sent the photograph out said Obi’s alleged son, whose name was not mentioned, was showing the Indigenous People of Biafra “in them….” 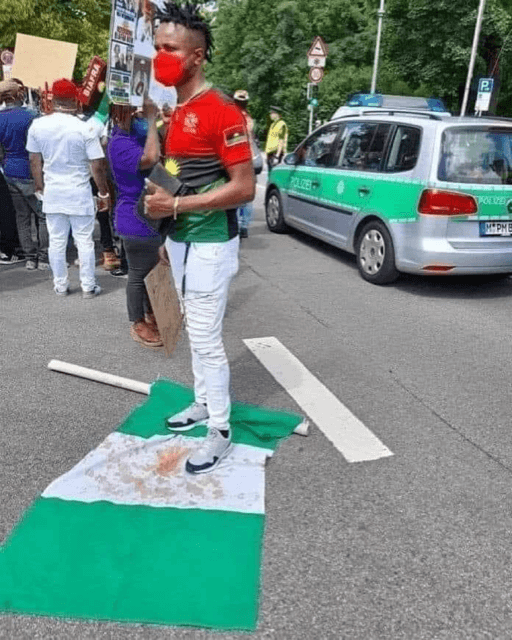 The write up that came with the photograph said: “This is Peter Obi’s son, the IPOB in them is further confirmed by the clothes he wear and matching on our green white green flag and the same father is campaigning to rule Nigeria?”

Reacting, Okupe tweeted on Sunday: “THIS IS NOT PETER OBI’S SON. NO AMOUNT OF FALSEHOOD WILL DAMPEN THE CURRENT WAVE OF SUPPO FOR PETER OBI.

“See what they’re sharing in the north to scare people from Peter Obi.”

Nigeria Unable To Achieve Annual 1.6 Billion Litre Of Milk Target Due To Lack Of Pasture — Minister